Persistent Advertising Will Do No Harm! 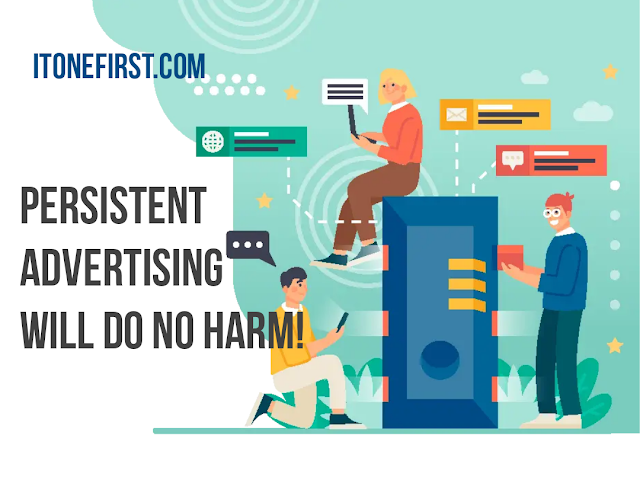 From my experience, I've been on many discussion groups and have spoken to many other like-minded people. The one topic that always seems to arise is how to get massive sales right away.

Not only massive sales but quick sales. Well, let me clear something up for you. Creating MASSIVE sales takes much dedication, persistence, and especially patience. Not to mention planning &amp; money!

See the unfortunate part is that people give up. Not only do they give up but they usually give up right before they succeed. I have a friend who's tried 4 times to start a roofing business and keep it going. I asked him, what kind of marketing plan did you have?

He said, "well none actually, I was trying to rely on word of mouth advertising to get me started and a few ads here and there".

Now, don't get me wrong, if you can get a fantastic "word or mouth" campaign going then you won't have any problems. See the problem wasn't that my friend couldn't do the work but that his "sphere of influence" was very small. Hence he was having problems getting word of mouth working for him!

So I suggested to him that he place a very small ad in the newspaper around the surrounding area. It turned out that he had already tried an ad in the paper but, he had placed a one-time ad almost the size of the whole newspaper and hardly got any business out of it. Which never mind cost him a fortune.

I explained to him that persistence is the key, yes a lot of people will see the ad, but as soon as they are done reading it, they will forget it ever existed. So I said to him, grab a small 15-20 word ad and put it there for the rest of the year!

So moving on a little, his ad started off small but then grew more and more profitable! See it takes about 21 times for your visitors to see your ad until you make a sale.

Yes about that... we are so saturated with ads it has to be imprinted in our minds before we can even remember just one specific one. So the reason for having my friend put out a small ad instead of one massive full-page ad was to allow his potential clients to get used to the fact that he wasn't going anywhere and his business seemed legitimate and profitable.

It's all about getting into your prospect's subconscious and staying there until they are ready to buy! So just remember when you're trying to decide between a one-time shot that might cover coast to coast or a smaller ad that will cover coast to coast 12 months a year, always stay with persistent advertising!