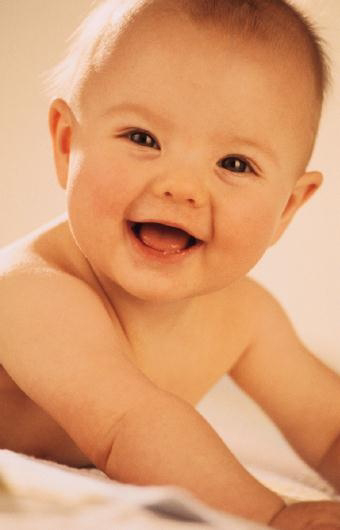 baby When asked, most new parents can identify several issues that worry them upon bringing a new baby home. At the top of the list is sudden infant death syndrome (SIDS), which is the diagnosis given for the sudden and unexplained death of an infant younger than 1 year of age. The causes of SIDS are still unclear, and it is not currently possible to predict which infants might fall victim to SIDS.
Stopping SIDS
According to the National Institute of Child Health and Human Development (NICHD), recent studies have found defects in some SIDS infants in a region of the brain that may control sensing of carbon dioxide, breathing and arousal during sleep. "Gradually, scientists are identifying the underlying problems that may cause SIDS," says Dr. Duane Alexander, director the NICHD. "But until SIDS is better understood and can be prevented, there are some basic strategies to reduce the risk of SIDS. Back sleeping is a simple and easy first step." 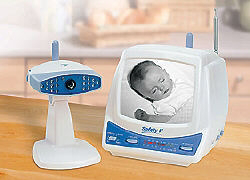 The NICHD launched the Back to Sleep campaign in 1994, which encourages parents to put their babies to sleep on their backs or sides. Dr. Alexander explains that prior to the campaign, 70 percent of babies in the United States were stomach sleeping. In 1997, only 21 percent were sleeping on their stomachs. Simultaneously, the SIDS rates in the United States have dropped 43 percent. The NICHD recommends all newborn babies be placed to sleep on their backs provided they don’t have any condition that would require them to sleep on their stomachs.
Home Monitoring Products
In addition to parents’ efforts to reduce identified risk factors for SIDS (see sidebar), some parents also find home monitoring to be useful – if for no other reason than it gives them peace of mind. Certainly, technology has come a long way since the invention of sound monitors, which are still widely used. Now, parents have the opportunity to not only hear but also watch their infants on television.
baby monitorVisual Monitoring
Juvenile products company, Safety 1st, offers the Child View Monitor and Television, which comes with a small camera that you mount to a wall or tabletop in your baby’s room and direct at your baby in his or her crib. An auto night sensor allows the television to clearly display your baby even in the dark, and there is a mode selector so you can alternate between sound only, visual only or both. The television itself is mobile so you can move it from room to room and watch Baby from virtually anywhere in the house. The display and sound feature reaches up to 300 feet. Lastly, when you’re done using the television, it converts to a regular TV for extended use.
“This monitor gave my husband and I that extra confidence as to how our baby was sleeping, not to mention it's just amazing to be able to see into your baby's crib while you're in a different room,” says Kristin Blaugh, a Chicago mom. "A specific feature we really appreciated was the audio-only option. This was a perfect option for us when we went to sleep so we could still hear our baby but didn't have to be kept awake by the brightness of the monitor's picture.”
For more information about the Child View TV monitor log on to www.safety1st.com.
Movement Monitoring
For parents who want to keep tabs on their baby’s breathing during sleep, a company called Unisar offers a BébéSounds® Angelcare® Movement Sensor with Sound Monitor. The sound monitor works like a normal sound monitor, up to 200 feet, but there is also the added movement sensor that sounds an alarm if no movement is detected by your baby for 20 seconds. 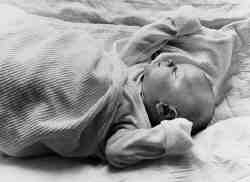 To detect movement (or lack of movement), parents place the under-the-mattress sensor pad between the mattress and the bottom of the crib. After 20 seconds of no movement, the nursery unit receives the alarm from the sensor pad and transmits it to the portable parents’ unit. All other nursery sounds are picked up as well, so it also functions as a traditional sound monitor. Additionally, the sensor pad covers the entire surface of the mattress for full coverage of the sleeping area. Note that the bottom of the crib must have a hard, flat surface, so if your crib has springs, you must place a piece of Masonite (also sold by Unisar®) or plywood between the sensor pad and the springs.
Dino Favale, a first-time dad, says that he and his wife used the Angelcare® monitor and movement sensor in their son’s crib and it helped them sleep better at night knowing their son was breathing fine. “We would definitely recommend it to parents who tend to worry about their babies at night,” says Favale.
For information on the Angelcare® monitor and movement sensor log on to www.bebesounds.com.
newbornCan Home Monitoring Help Prevent SIDS?
Because no one really knows what causes SIDS, numerous studies have tried to determine whether or not home monitoring may help prevent it. To date, there is no solid evidence that home monitoring products actually prevent SIDS. However, SIDS research is definitely helping narrow the focus of where scientists need to direct their attention in the future.
A 2001 study called the Collaborative Home Infant Monitoring Evaluation (CHIME), which was funded by the NICHD, suggests that episodes of prolonged cessation of breathing or prolonged slowing of heart rate in infants, believed to be potential indicators of risk of SIDS, primarily occur before the developmental age when most SIDS deaths occur. The findings, appearing in the May 2, 2001, Journal of the American Medical Association, suggest that these events are not necessarily signs of impending SIDS.
According to the NIHCD, breathing stoppage, called apnea, and slowed heart rate, called bradycardia, have long been observed in infants at increased risk for SIDS. Researchers have assumed that if such events can be detected, for example with a monitor/alarm system, they can also be interrupted, thereby preventing SIDS. The CHIME study, which used specially designed electronic monitors in the home to detect such cardiorespiratory events in infants, revealed this assumption might not be true.
In other words, these breathing events “might be markers of vulnerability, rather than immediate indicators of SIDS," says Dr. George Lister, study group chairman and one of the authors of the article that reported the CHIME findings. "The difference in when extreme events most commonly occur and when SIDS is most likely to occur suggests that these events are not immediate precursors to SIDS, as was once thought.”
Despite the fact that home monitoring is not proven to help prevent SIDS, many parents still use home monitors. Above all, many say that the added factor of having an alarm sound when the baby’s breathing is interrupted gives them peace of mind.
By Belinda Clarke