Selling Smartphones In The World 2020

Selling Smartphones In The World 2020 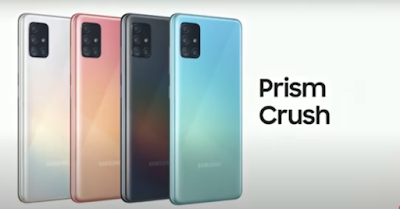 Samsung Galaxy a10s are not satisfied with the Samsung Galaxy A10, take it easy, Samsung has finally released an upgraded version that is no less sophisticated and fierce, namely the Samsung Galaxy a10s, which is different from its sister series. p22 which is still both supported by 2 GB of RAM and 32 GB of internal memory in the photography sector with a dual camera 13 megapixel, a 2 megapixel front camera and a camera that can make bokeh photos, no wonder this cellphone has managed to achieve best-selling sales of less than 7 million units. this can happen because the price is priced at around 1.5 million which is quite affordable and can be purchased by all groups

the two Samsung Galaxy a20s as one of the best cellphone brands in the world Samsung has always been at the forefront when it comes to sophisticated specifications and features, especially on Android phones, no wonder one of its products, the Samsung Galaxy a20s, managed to enter the top 10 best-selling cellphones in 2020 in the quarter First, the sales of nearly 5 million units could be one of the best selling factors for this cellphone is that the price is really cheap, only 1.9 million, no wonder Samsung with a price of one million is in demand and is bought everywhere.

the three Samsung Galaxy a51 as the best-selling HP brand in the world, especially in Indonesia in 2020 Samsung managed to innovate to create the best and cheap cellphones so it is worth buying, one of which is the Galaxy a51 is often compared to the best Samsung Galaxy a71 Samsung HP this one offers specifications which is fierce and capable, one of which is through the Exynos 9611 chipset with a 10 nm fabrication, no wonder this HP with 4 rear cameras has won a sales record of up to more than 7 million units

The fourth iPhone 11 is said to be the most advanced cellphone in this decade. iPhone 11 has won the record for selling the best-selling cellphones in the world, especially in Indonesia in the first quarter of 2020, which reached 18 million units, one of the main factors why this iPhone is selling well, the price is not too expensive for the size of the iPhone and almost compensates for the specifications of its more expensive sibling, namely the iPhone 11 pro. The mainstay of the iPhone 11 is the up mode feature on the camera which is quite satisfying complete with a quick tag that allows you to take photos and videos when it's cool, of course.

to the six Xiaomi redmi note 8 Xiaomi, the picture above on the right is the redmi note 8 pro and on the left is the redmi note 8 doing major improvements and presenting the redmi note 8 series 48 megapixels this Superstar HP camera has become very popular because of the quality of the main camera with 4 The module is very good and satisfying besides that the large and sturdy battery makes the sales of the best-selling Xiaomi cellphones throughout the first quarter of 2020, which is 8 million units with the support of the Qualcomm Snapdragon 665 chipset, the HP Xiaomi Redmi Note 8 is one of the things you must have.

the seven redmi note 8 pro The Xiaomi redmi note 8 pro is one of the best cellphones in 2020 whose sales are selling well at around 6 million units, this is supported by an affordable price and features that are really worthed.
Apple sold 7.7 million units of the iPhone 11 Pro Max, and 6.7 million of the smaller iPhone 11 Pro.
Samsung telephones make up 4 of the highest six finest-selling telephones, based on the Strategy Analytics figures, with the opposite two smartphones being Xiaomi's Redmi 8 and Redmi Note 8.
The iPhone eleven is rather more inexpensive than the Pro fashions however boasts precisely the identical broad-angle 12-megapixel optical picture stabilised (OIS) primary sensor with an f/1.8 aperture and the identical 12-megapixel extremely-extensive-angle digital camera (f/2.4).
The Galaxy Note 20 Ultra and the iPhone eleven Pro Max, then again, are gigantic, for individuals who need massive home windows into their on-line world.
The fact of the matter is, it doesn't get significantly better than the Apple iPhone 11 Pro right now, and for anybody seeking to improve their phone right now, its quality mandates that it is one the very first gadgets to be thought of.
18 September, 2020 – Some attention-grabbing news has come out concerning the Apple iPhone 12 Pro Max's new A14 Bionic processor, with leaked AnTuTu benchmarks showing that it is not as sturdy as the Qualcomm Snapdragon 865+.
Apple's more-expensive iPhone 11 Pro and 11 Pro Max nonetheless made the record of finest-promoting smartphones within the first half of 2020, transport 6.7 million and 7.7 million items respectively.
Apple's iPhone and Samsung's Galaxy traces are the highest smartphone choices for many, but completely different cellphone-makers like Motorola and OnePlus sell nice cell phone handsets of their very own with fast refresh charges, wonderful shows and spectacular security options, like a fingerprint scanner or facial recognition.
The Samsung Galaxy S20 FE is a extra inexpensive entry in the model’s flagship vary, nonetheless it does a good job balancing its efficiency and feature set to make a really attractive proposition.
It's a little on the costly side, however, contemplating the OnePlus 8 Pro is similar and cheaper, and the software expertise offered by ColorOS isn't as widely appreciated as OnePlus or Samsung's offering.
All the analysts agree that the Chinese producer was the second finest-promoting smartphone producer on the planet in 2019, behind Samsung and forward of Apple for the primary time, as its shipments elevated between 2018 and 2019.
With tremendous benchmark scores and a battery that goes the gap to again it up, as too one of the best digital camera system OnePlus has put out so far, there may be merely no purpose why these purchasing on the premium finish of the smartphone market shouldn't contemplate the OnePlus 8 Pro firstly.
Samsung has toned the camera down a bit for the Note 20 Ultra, reducing the frankly silly 100x Space Zoom from the Galaxy S20 Ultra down to 50x.
It has a big show, but is simple to deal with; packs a digicam suite able to changing a point-and-shoot; and has sufficient processor energy and battery to get work accomplished when you're on the go.
Where you'd assume Samsung and Huawei could be snapping at Apple's heels with their flagship gadgets, in reality it's the mid-range Samsung Galaxy A51 and Xiaomi Redmi Note 8 that follow, with 11.4 and 11 million sales respectively.
Samsung nonetheless takes the second slot with its in style Galaxy A51 pushing eleven.4 million items up to now this 12 months, but Samsung doesn’t make a single different look within the top 10.
Throw within the cellphone's low weight (147 grams), understated and trendy design, and the truth that it comes with a assured three years of Android OS updates and limitless Google Photos cloud storage, and it's simple to see how the Google Pixel 3a has lodged itself into T3's best telephones 2020 shopping for guide.
In the same interval last 12 months, the iPhone XR was the preferred phone on the earth with 26.9 million units sold, so the iPhone 11 is a good bigger success.
With its stunning design, immaculate fit and finish, super powerful internal hardware and prime-rate digicam system, the Apple iPhone 11 is the best cellphone in the world in 2020.
If you might be an Android user and are on the lookout for a fantastic new finances phone then, certain, there are even cheaper Android choices available on the market, but should you sit on the iOS facet of the ecosystem divide and need a brand new cellphone improve for reasonable, then the 2020 iPhone SE is a completely not brainer buy.
This is the cellphone that's at present top of T3's finest telephones information, and as of early September this 12 months it has offered 37.7 million items all over the world.
There's the model new Samsung Galaxy Note 20 and Galaxy Note 20 Ultra, in addition to rumors of the entire new iPhone 2020 vary and Google Pixel 5 that will land earlier than the top of the 12 months.
Yes, it's a value enhance from final 12 months (and now matches what you'll pay for the Pro-degree iPhones), however you're getting larger screens, extra inside storage, a microSD card slot for expandable storage and 5G – issues that you simply gained't discover on Samsung's closest competitor.
The tagline for this 12 months's Apple occasion is "Hi, Speed", which nearly actually is a reference to the iPhone 12 vary is ready to come back with 5G communications chips, which means customers will have the ability to faucet into the a lot sooner 5G networks that are actually rising worldwide.
But even when you don't intend to ever change your provider, unlocked telephones are freed from service bloatware and (with Android telephones) usually obtain software program and OS updates extra rapidly than the provider variations do.