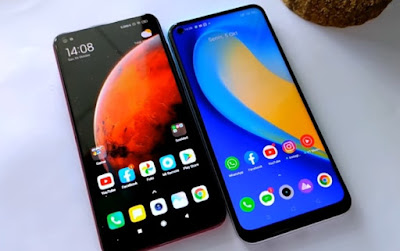 in this time we will do a full comparison of the two latest smartphones from Realme and Xiaomi, namely Realme 7i and Redmi Note 9 Which is more worth buying?

That looks quite different from each predecessor started from the design of the camera, both of which already use camera design tinkerings 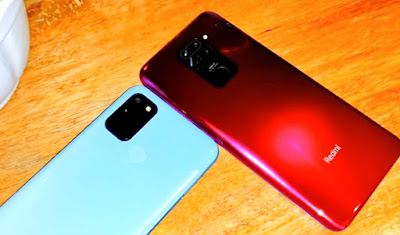 which is again a trend latest mobile phones in 2020 is unfortunately on the back cover of this, they still use Polycarbonate material or plastic but in terms of view I think both are equally good, however this more of a matter of taste.Which do you think you guys choose?

Back cover design for Redmi Note 9 or realm 7i?Write your opinion in the comments column below

Switching to the Screen Part Both Redmi Note 9 and Realme 7i, both have used the current dot display design measuring 6.5 inches which also uses IPS LCD type screen panels. 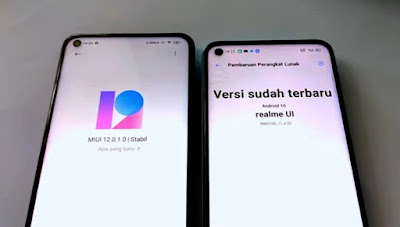 However, for this sector both are the same- the same as the advantages and disadvantages of each Note 9 already using a 1080p or Full HD + resolution screen.

while the Realme 7i unfortunately still has a resolution of 720p or HD + but Realme 7i has its own advantages in this sector, namely the screen already uses High refresh rate technology 90Hz versus 60Hz in Note 9.

But, if asked to choose, I personally prefer a FULL HD screen even though it's still 60Hz because in my opinion, a high resolution is more important than a high refresh rate but has a low resolution.

but this is my personal opinion Which one do you prefer guys? Once again, write your opinion in the comments column below.

Continue to the performance sector of the Redmi Note 9 using the Mediatek Helio G85 chipset with a choice of 4 or 6GB of RAM and 64 or 128GB of storage.

while the Realme 7i this time uses a chipset from Qualcomm, namely Snapdragon 662 paired with 8GB RAM and 128GB of storage.

Realme 7i is also the cheapest cellphone with an 8gb ram in Indonesia. But for performance, what I feel is that the Redmi Note 9 is still more powerful than the Realme 7i AnTuTu score, both of which confirm this. 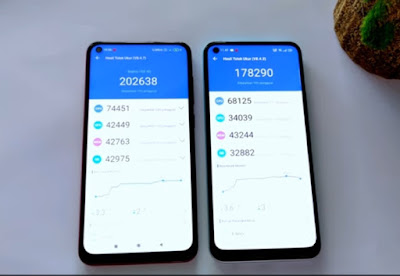 wherein the test I did, the Redmi Note 9 with its Helio G85 was able to reach 200 thousand versus 178 thousand in realm 7i

Games like PUBG-M For graphic settings, Redmi Note 9 can arrive at Ultra Smooth while realm 7i can only be maximized on Smooth graphics frame rate High.

And I think both of these things is enough to give an idea about the performance of both these phones to battery capacity, both are equipped with a battery capacity of 5000-an mAh and also both already support fast charging 18watt. 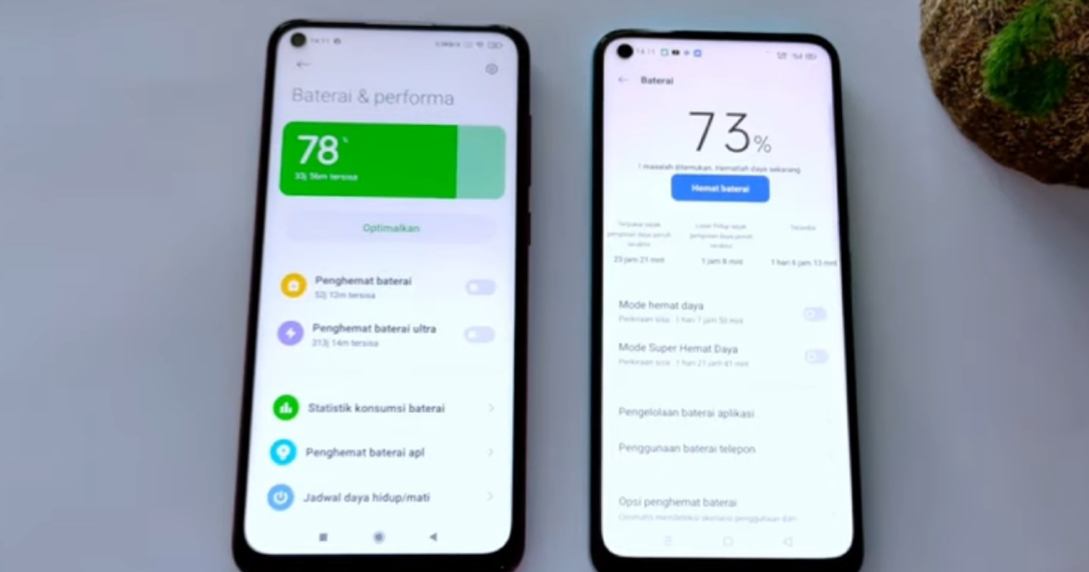 But excess redmi NOTE 9, besides having a larger battery capacity of 20mAh,t his cellphone can also be used to charge other devices with a maximum output of 9 watts.

because the Note 9 already has reverse charging technology. Switching to the camera sector Both Redmi Note 9 and Realme 7i both have setup 4 camera on the back, 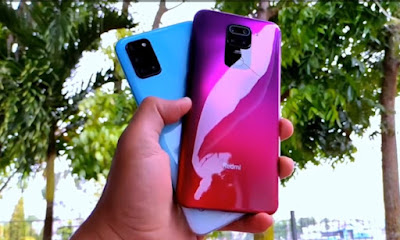 while Redmi Note 9 is equipped with a resolution selfie camera smaller, which is 13MP with an aperture of f / 2.25 and the following is a comparison of the camera results. 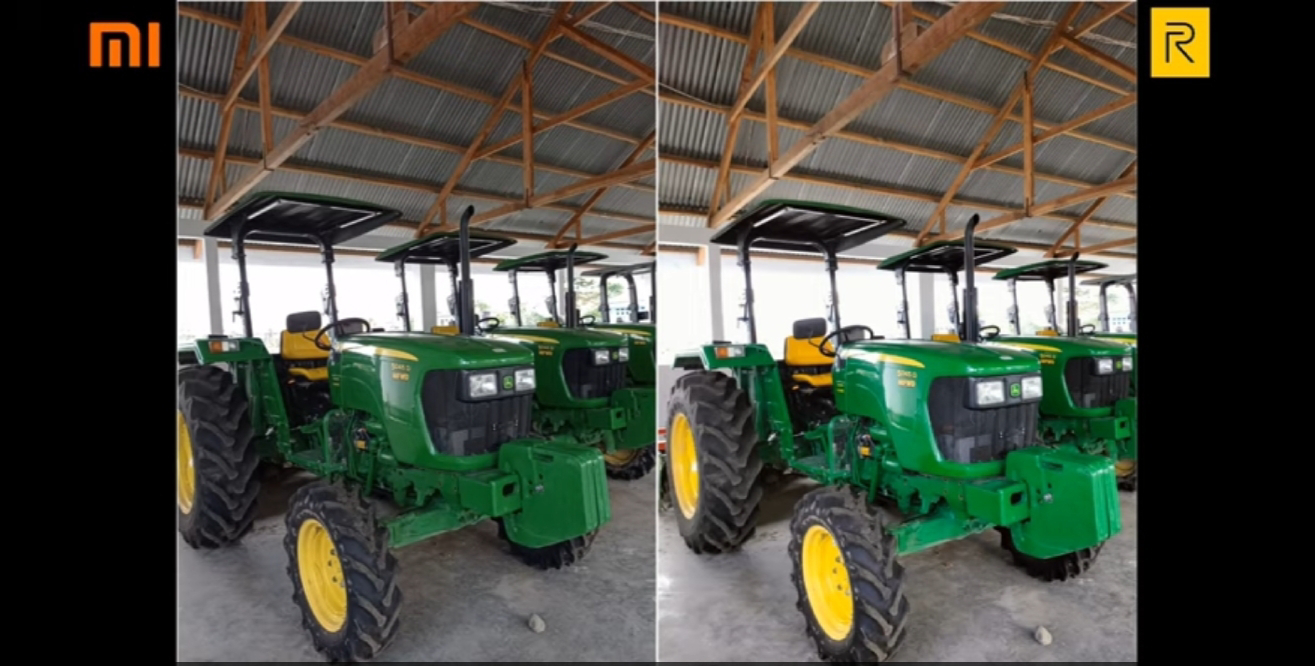 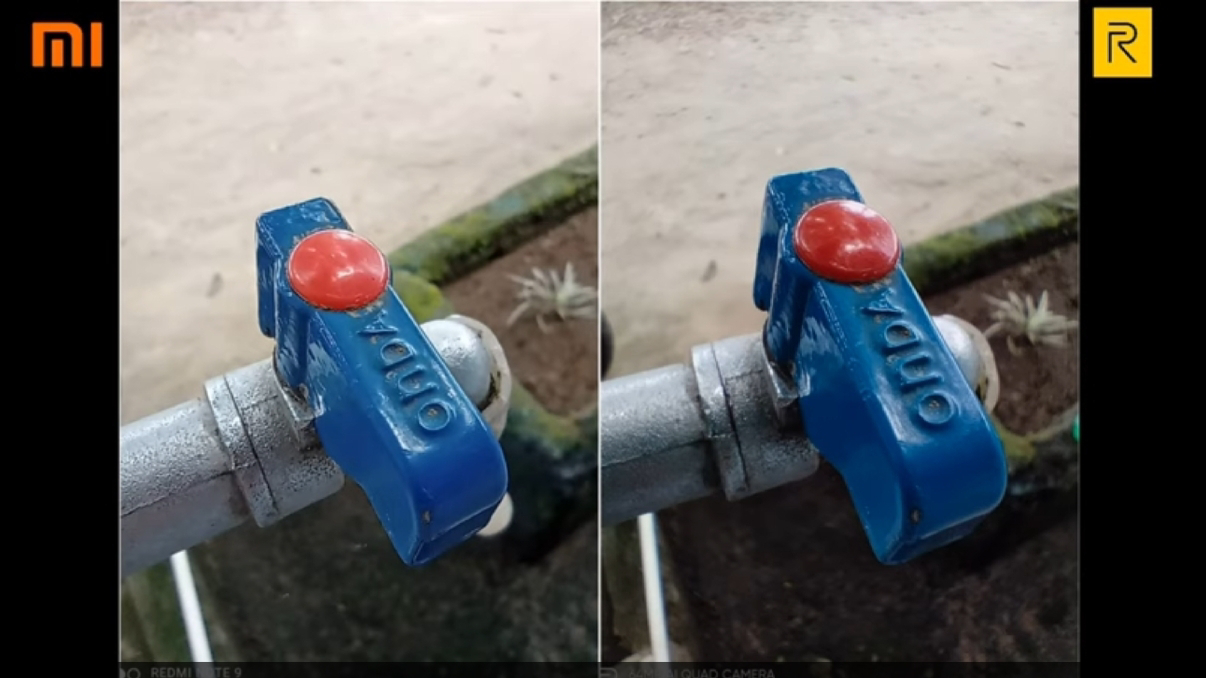 Okay, this is a sample front camera video recording from Realme 7i and Redmi Note 9.

These two smartphones can only record video up to a maximum resolution of 1080p, there is no option for 4K resolution and this is an example of video recording in low light.

what do you think about the quality of both images? In the video recording mode on the main camera, I personally prefer the recording results in a video on Redmi Note 9

because the saturation is more right, and the image stabilization is better and smoother than the Realme 7i Likewise when the video recording mode on the front camera.

Even though the image on the Real 7i looks more stable but I prefer the video results on the Redmi Note 9 because of the color It's better and the background can still be seen clearly compared to realm 7i,

which looks overexposed in the background and the image looks warmer. For the photo results, insufficient light conditions overall I prefer the camera results from the Redmi Note 9.

while for photos in minimal conditions light, in my opinion, the Realme 7i is slightly superior to f additional features, both of them still have a 3.5mm headphone port, both have used the Triple sim card slot and USB type C. 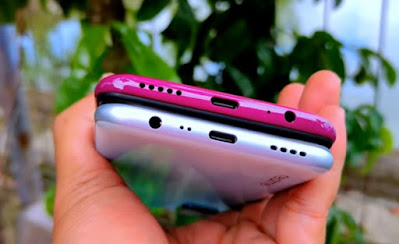 Unfortunately, these two smartphones also don't have LED notification light seven though they are small, the LED light function This notification is very useful in my opinion, especially for phones with IPS LCD screens. For the price, when this video was made the Redmi Note 9 6 / 128GB variant was sold for 2.7 million (Rupiah)

while the Realme 7i was sold for 3.2 million ( Rupiah) or the difference of around 500 thousand with all kinds of advantages and disadvantages of each

If asked to choose, I personally would prefer Redmi Note 9 to Realme 7i Because at a price of 500 thousand cheaper we will get a smartphone with a higher resolution screen camera

The battery that can be a power bank, can be remote because it has an infrared blaster port, and has a more powerful chipset, it doesn't mean that the Realme 7i is not good, right guys actually good, the price is not right.